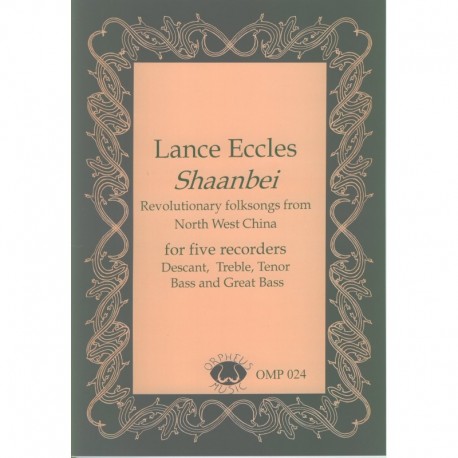 *Folksongs.* Four revolutionary folk songs from north west China. Interesting melodies and arrangements. Some use of quarter tines and inflexions.

1. Our Leader Mao Zedong
2. My Beloved is off to War
3. Chairman Mao~~~~~s Love is Deeper than the Sea
4. Workers and Peasants Prepare for Battle

Settings of four songs from an unusual and intriguing source.  Descant and treble players are required to negotiate some quarter tones (for which fingerings are given) in the third song.