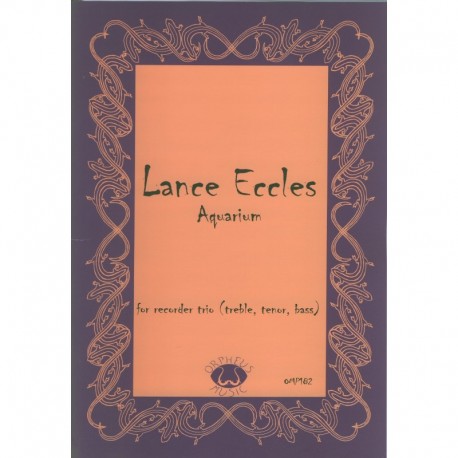 1. Squid
2. Coelacanth
3. Bluebottles on the Waves

"Coelacanth" presents a somber andante with a descending bass line, descending sixths in the melody, and descending scales. That which descends needs to rise up again, and the composer handles the rising and falling so nicely. One especially exciting measure appears as all three parts suddenly climb up on different notes of an A Major triad.

"Bluebottles on the Waves" features at least one part (sometimes two parts) in syncopation against steady quarter notes (in one or more other parts).