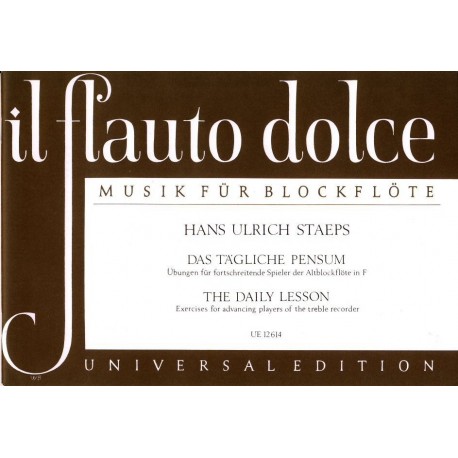 The Daily Lesson: Exercises for advancing players of the treble recorder

This product is no longer in stock

*28 different exercises* for the improvement of finger, articulation and breathing technique as well as for increase of speed.