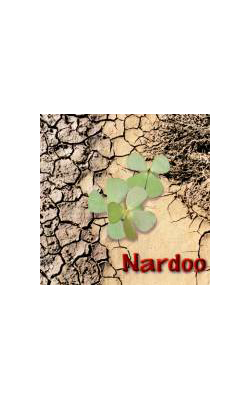 This self-titled album by the duo Nardoo presents a tapestry of original music from a melting pot of jazz, ethnic and medieval influences. Recorder: Zana Clarke

The duo blend the Ganassi recorder (a Renaissance treble recorder) with new instruments built by Peter Biffin - the Tarhu and the Deboosh.

Peter Biffin and Zana Clarke began playing together in 1994. While coming from very different musical backgrounds, they recognised in each others playing a shared love of music which revolves around melody and tone colour. Zana played Medieval and Baroque music on recorder and violin, Peter played Turkish and Indian music on a variety of his own instruments.

Nardoo was subsequently formed in 1995 playing all original work, and released their first CD Nardoo with Move Records in 1996. Their second CD, Waiting by the Sea, was released by Orpheus Music in 1999.

They have explored music ranging from completely pre-composed pieces to free improvisation, finding a musical form that provides freedom for their individual styles and a high degree of spontaneous exchange.