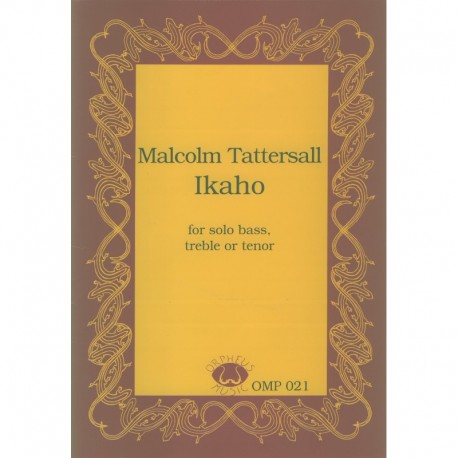 OMP 021 is a two-and-a-half-minute solo for bass recorder, or treble or tenor, by Malcolm Tattersall, entitled Ikaho.  It is presented twice, first in bass clef and again in treble, as if there are recorder players who could not play from either clef on any recorder!  I found the piece accessible, convincing and compelling.  The composer describes it as a quasi-vocal setting of a poem by the 7th-century Japanese poet Manyoshu:

The wind that sweeps down Ikaho,

Some days it blows, they say:

Another it does not blow.