> Resources> Starting the Recorder >A guide to starting your recorder journey, which recorder to choose and why. 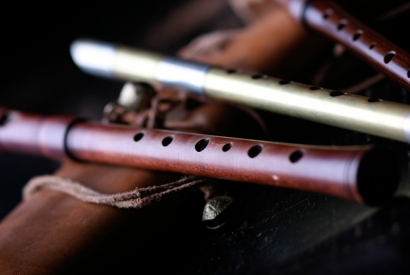 A guide to starting your recorder journey, which recorder to choose and why.

Not sure where to start? What's the difference between alto and soprano? Which instrument should I choose to learn? What type of recorder should I learn if I want to join a recorder society or ensemble?

This article is written for those just starting out in their recorder journeys. It will discuss things in general terms as everyone’s recorder experiences will differ, and should be used only as a guide. We also have a starting the recorder guide for books to start learning either descant or treble recorders.

If you are an adult thinking about starting the recorder, it is recommended that you learn the treble/alto recorder. This is because:

If you would like your child to learn the recorder, then the choice depends on their age and hand span. If your child is very young or has a very small hand span then they should start learning on descant (or even a sopranino or garklein). However, if they are aged over 8, and if their hand span is large enough, you can start them on treble/alto.

The treble or alto recorder is the most popular instrument of the recorder family, with most of the solo repertoire composed for its range. It is lower in pitch than the descant (and less likely to annoy your neighbours!).

If you are an adult thinking about starting the recorder, it is recommended that you start learning on the treble/alto recorder. As previously stated, this is because:

A tenor is the next recorder after the treble in size, and is a favourite among composers and ensembles.  The tenor is the ideal instrument for anyone who wants a recorder but loves a warmer, deeper recorder sound. The fingerings and notation are identical to that of the soprano recorder.

The range is lovely and low, however in the past the hand span needed could often cause players some pain if they had small hands. This problem is now fixed with knick and comfort tenors so now everyone can play tenor recorders. Click here for more info about tenors such as comfort, knicks and finger spacing.

As a recorder player you will get very good at juggling between different sized recorders, and later, different models of recorders with modern and early music reconstructions available.

So you would like to join a recorder society? In general you will find small and large ensembles, and recorder orchestras, depending on where you live.

Small ensembles can be anything from two to six recorder players, but the most common repertoire is recorder quartet - (SATB - soprano, alto, tenor and bass). Just like vocal quartets and string quartets, there are usually the two main parts by the soprano and alto, then the harmony utilising the tenor and the bass.

In large recorder ensembles, the higher-pitched the instrument, the fewer are needed, the lower the instrument, the more are needed - this is due to the register of the higher versus the low. (In an orchestra you only want one piccolo!)  This is why recorder players who play the alto, tenor or bass recorders will always be more welcome in recorder ensembles than those who only play the soprano recorder.

Garklein? Great bass? What are these recorders!?

There are a lot of recorders in the recorder family, with small recorders ranging from 5 centimetres to large recorders that are several meters in height.

If you become an intermediate to advanced ensemble player or love performing, there are several other recorders you can choose to learn.  The recorder family according to height:

*There are recorders even smaller than the garklein and even larger than the contra bass, however they need to be specially made and are not usually available on the retail market.

Optional other types of Recorders:

Voice flute - looks like a tenor recorder however it is a recorder in D.

Ganassi - can be in F, C or G. Based on Renaissance and Fred Morgan's designs.

Lessons - should I take them for the recorder?

Like any instrument if you want to get better you’ll need guidance and practice. There’s a lot to learn on any woodwind instrument, and for the recorder a teacher can help you with fingering, articulation, breathing, alternative fingerings, trills and many more aspects of music making. Remember, the recorder repertoire is one of the largest of any western woodwind instrument starting in the medieval period. The repertoire includes renaissance, baroque, all the way to modern music with more music now being composed for it then ever before. We can also play folk music as almost every culture in the world has some kind of variation of recorder among their musical instruments. There are even jazz recorder players now, as well as a huge array of recorder professionals who dedicate their life to its huge repertoire.

So, if you want to discover the recorder, see if you have any recorder professionals or teachers in your area, or perhaps consider taking online lessons.

The first choice is whether to buy a plastic recorder or a wooden one. Please remember that a good quality plastic recorder is usually a much better instrument than a poor quality wooden one, and buying a cheap wooden recorder often results in a waste of money when your first teacher hears one note from it and throws it away. There are very few professional recorder players that don’t have at least one good plastic in their collection. They are accurately tuned, evenly voiced and can sound very nice when well played. These would be recorders selling for around $35 - $45 for a descant and $70 - $90 for a treble. Aulos, Yamaha and Zenon are the most trusted brands.  You would need to spend 4 to 6 times as much as that to get a comparable quality wooden recorder. Having said that, plastic recorders are made from a homogenous material pressed out of an injection mould, whereas wood is a living breathing material, so the sound of a wooden recorder can be more interesting and have much more character.

Plastic recorders are more robust than wooden ones. At the beginning when the player is learning not to let too much spit get into the windway, plastic recorders are really forgiving – they can just be rinsed out with some warm water. Most people start off with a good quality plastic, play that for 2 or 3 years, and if they still really like playing recorder, then upgrade to a wooden one. By that stage they would have learnt more about caring for the recorder, and their ear would be tuned-in to the recorder sound enough that they can then choose which of the many wooden recorder sounds they like the best.

Sometimes a player is sure enough of their direction to want to start with a good wooden recorder. This is fine, but particular care needs to be taken in keeping the instrument dry and well oiled.

This refers to pitch, which can differ between modern and early music,
Today’s musicians play at A=440, meaning that the pitch ‘A’ vibrates at 440 hertz. However, instruments being used to play early music such as Baroque, are pitched a semitone lower, at A=415. So if you are playing the recorder with Baroque instruments such as harpsichords, lutes, viol da gamba and theorbos, your instrument will need to be “Baroque-pitched” so that the ‘A’ vibrates at 415 hertz, otherwise you will sound a semitone out!

Recorder players will sometimes have both a 415 set of recorders and a 440 set depending on what type of music they play or which ensembles and repertoire they enjoy playing.

So if you are just starting out playing recorder, you’ll need modern pitch 440 (many makers make 442 so you don’t need to blow super hard!) But if you want to join an early music society/ensemble check at which pitch they play.

Where can the recorder take me?

As stated before, the recorder repertoire is one of the longest and largest of any western woodwind instrument from medieval, renaissance, baroque to modern, with classical/romantic arrangements of music now available. In addition, as so many cultures have some kind of recorder-shaped instrument, there is a huge range of folk music for the recorder from traditional Irish music, Japanese to tangos in Argentina. The only real obstruction to the recorder player's musical experiences is the belief that the recorder “isn’t a real instrument”!

There are  lots of different recorder communities. Below are just a small list of possible ensembles that you can create and join depending on where you live in the world:

Because of this rich musical repertoire there are many recorder professionals who now teach and conduct workshops for these recorder communities. We invite you to search for your local recorder community, teaching studio or ensembles that may exist in your area of the world.

And so this is how recorder players dedicate their life to its huge repertoire. Your imagination is the limit to the musical possibilities of the recorder and the music you can play on it.

This guide was written by Alexandra Joly.

Bass in Maple by Zenon