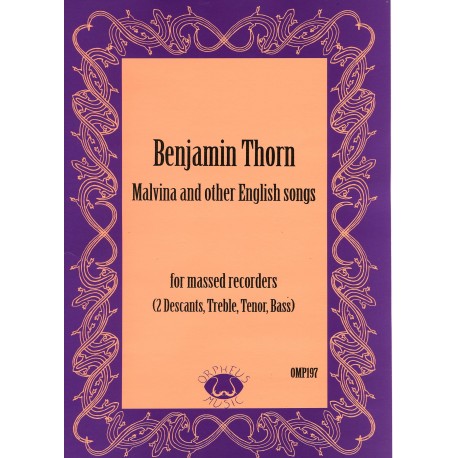 Malvina and other English songs

The bass part in this arrangement is not very demanding and could be tackled by beginner bass players, but there is some interest in the inner parts although all the rhythms are straightforward. I am sure that these arrangements will be useful for mixed ability groups and that the players will enjoy playing them.

2. Drive away the cold