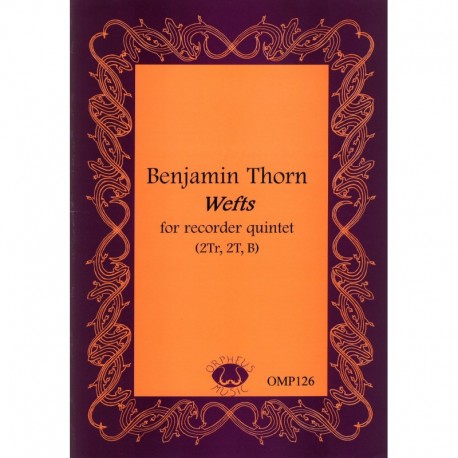 Much of the content of this duet consists of rapid staccato notes within a very narrow range, and sustained multiphonics that have off-beat entrance points. The combination of these two elements requires great rhythmic precision and would be difficult to play even without the microtonality. A little blurb printed above the title on the first page of the score informs us that the initial performance of this work was rendered with live electronics. That probably made a big difference in how the music came across...

Wefts requires an advanced amateur group and - especially if it is played by a large ensemble with the parts doubled - a good conductor. Whale Song is strictly for professionals or conservatory students. Both are interesting.