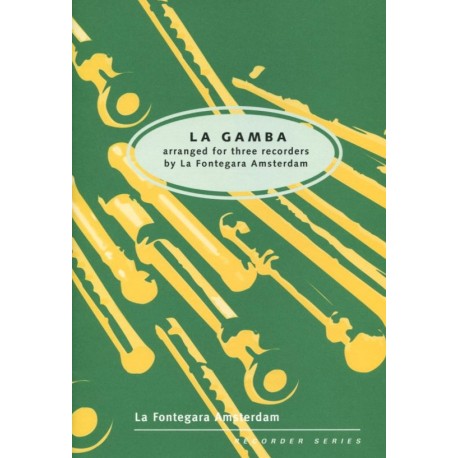 *An arrangement of variations and improvisations from 16-17th century music*.

La Gamba, also called la Cara Cossa is a 16th and 17th century chord pattern used for variations and improvisations. There are well-known compositions on this pattern by D. Ortiz and V. Ruffo. The pattern is closely related to the somewhat later La Follia.

This version is for three recorders - G-treble, tenor and bass.