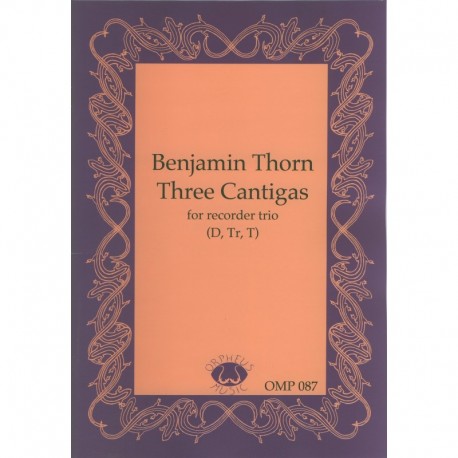 The melodies of Benjamin Thorn's three Cantigas for recorder trio derive from the 13th century Cantigas de Santa Maria collection by Alfonso X of Castle and Leon.  Infused with energy and passion, the Cantigas would make an ideal programme opener as the melodies maintain a rhythmic impulse that is both timeless and infectious.  Highly recommended.