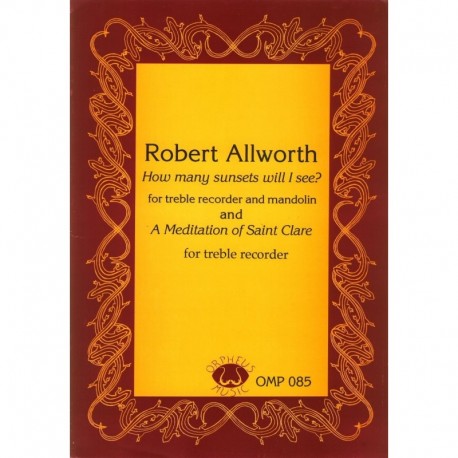 How many sunsets will I see? And A Meditation of Saint Clare

1. How many sunsets will I see?
2. A Meditation of Saint Clare