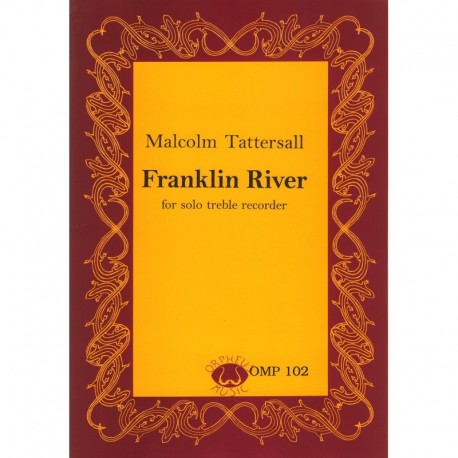 *Contemporary Piece.* Evocative and atmospheric piece that uses a variety of modern techniques, including a partly optional structure, some scope for individual interpretation and multiphonics etc.

Inspired by the Franklin River in the Tasmanian wilderness, this piece is not specifically programmatic but does explore Tattersall's concerns about the conflict between conservation and exploitation of the area.  Consisting of five movements, with the first working as an introduction and the last as a coda, the piece can last for anything between 6 and 7.5 minutes depending on the choices the performer makes, as three of the movements consist of a number of sections which can be played in various combinations.  Using standard notation throughout, Tattersall does include a few techniques such as finger vibrato, flutter tonguing and glissandi, which are all clearly marked and the accompanying notes would help any player new to this repertoire.  An interesting and immediately accessible piece that requires some facility and would be a useful introductory piece to the genre for a capable student.